You can read the first 10% of any book on Amazon so I like to share from other parts of the book. This is near the beginning, before they leave Oregon: 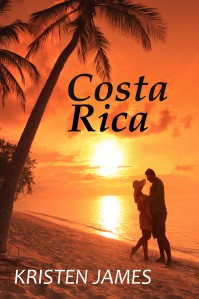 She barely registered when the front door swung open. Drew walked into the hallway and dropped his keys in the dish. The hallway light flicked on.

His squeal spooked her into sitting straight up, and remembering why she’d been waiting for him. “Drew?”

“Annalisa? You scared the bejesus out of me. What are you doing sitting in the dark?”

She didn’t immediately answer. That must have clued him into her mood and he stepped closer, leaning on the door frame to wait. They’d always been straight with each other (ironic, isn’t it?) and skipped the lead ups.

The air swooshed out of him. “Oh.”

He stood for a minute and then walked into the living room and slumped down in the recliner across from her. This was a painful moment, but he didn’t rush to her. He didn’t even sit with her. They sat in silence except for his occasional exhale. Drew didn’t really cry–this was as close as he ever came.

The light was just a soft one from the hallway, but it seemed too bright for this conversation. She waited a long time before speaking again. “They asked us to come over Friday night for a barbeque. I said we’d bring a salad. Vincent would have called you, but he said it’s been hard to get a hold of you.”

That last little line had a wealth of ill will. She’d been shell-shocked till that moment, but then she realized Drew had let his best friend down. Didn’t Drew understand that? Vincent was fighting for his life, and Drew was busy chasing skirt. And what if she had needed him? He hadn’t been there for her either. He had slowly and quietly packed up his emotional ties to her and left a shell. Her guilt, for that moment, evaporated.

Drew said not a word in response. Once upon a time this handsome man had been her rock, her friend and her guiding light. Now she wanted to slap him.

He finally realized she was glaring at him and glanced at his wristwatch. “It’s way too late to call him.”

“You were out way past midnight just yesterday.”

Drew looked at her, really gazed into her eyes. His expression showed alarm and then dread. There it was, out in the open. Maybe they weren’t going to say it, but he had to know she was suspicious.

She had not once ever, ever doubted him. Even as they drifted apart, she didn’t question him, check up on him or wonder what he was doing. She envisioned a crack racing across that large stone bridge of trust, and it fell in a loud, painful crash.

She got up and went upstairs to bed. Drew never followed.

Annalisa and Drew have always dreamed of going to Play Flamingo, Costa Rica, with their best friends, Vincent and Melinda. But now they’re out of time.

Annalisa feels their marriage is just a shell for others to see–there’s nothing left inside. She wonders if they can rekindle their love in paradise, but there’s so little left. They gave up on their marriage along with their dream of having children.

Time is literally slipping away from Vince and Mel. Vincent’s cancer is back–his tumor is inoperable and he won’t do chemo again. This trip is now or never.